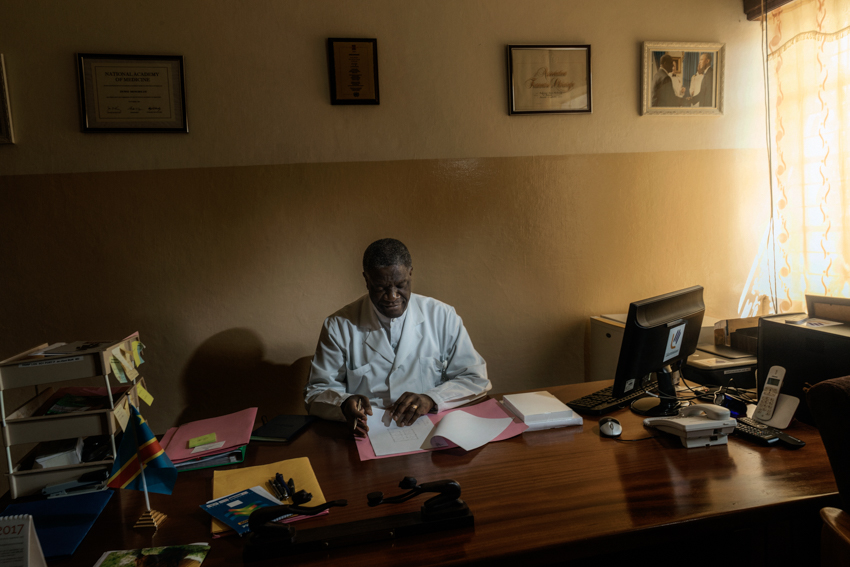 
Africa, Democratic Republic of Congo, South Kivu, Bukavu, 31/01/2017. Doctor Denis Mukwege, who founded the Panzi Hospital in the north-east of the country.

Here, for over 15 years, he has been welcoming women who have suffered abuse, providing them with medical, surgical and psychological assistance. Known as the ''doctor who fixes women”, Mukwege has been a Nobel Peace Prize candidate on several occasions, and won the Sakharov Prize in 2014.