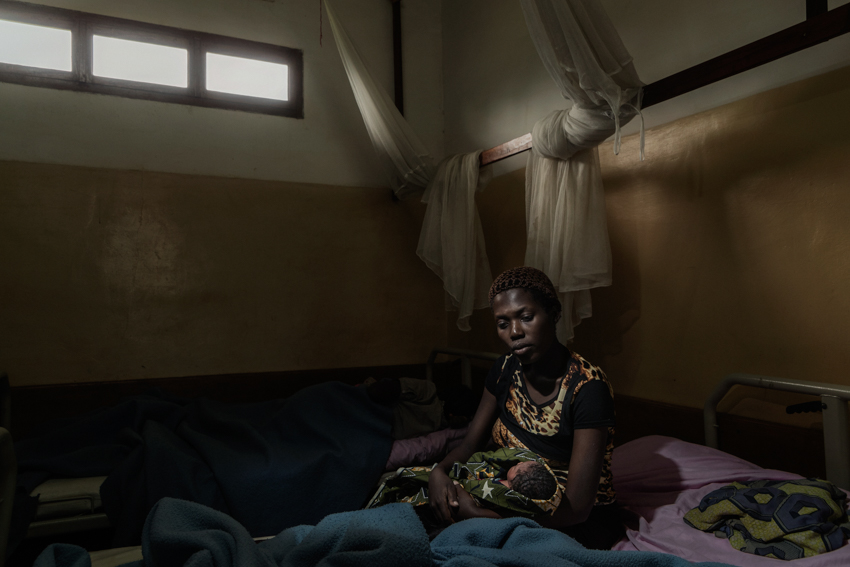 
Africa, Democratic Republic of Congo, North Kivu, Rutshuru, 27/01/2017. Bora Uzima Safari, 18, displaced during the M23 war in 2012, left Rutshuru and took refuge with her mother and siblings in Mweso. On april 2016, on her way back from school, she was raped in the fields by two men with their faces covered. When she discovered she was pregnant, she was abandoned by her boyfriend and all her friends. For the whole of her pregnancy, she suffered an untreated vaginal infection that has made it difficult for her to walk. On 27 January, she gave birth to her daughter Giselle, conceived when she was raped. Her mother was also raped in Mweso.