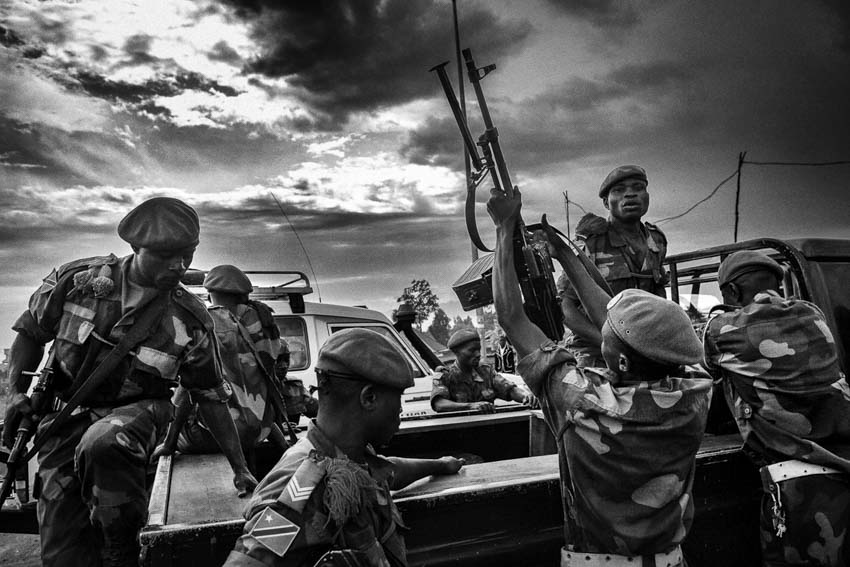 
Africa, R.D.C.- North Kivu, Goma. FARDC, the troops of the government army. Underpaid and without sufficient means, the soldiers at the forefront of the fighting live in tent cities with their families, while those further back and in the city are often guilty of banditry, corruption and violence. 23th Military police patrol the city of Goma. 23rd October 2012.