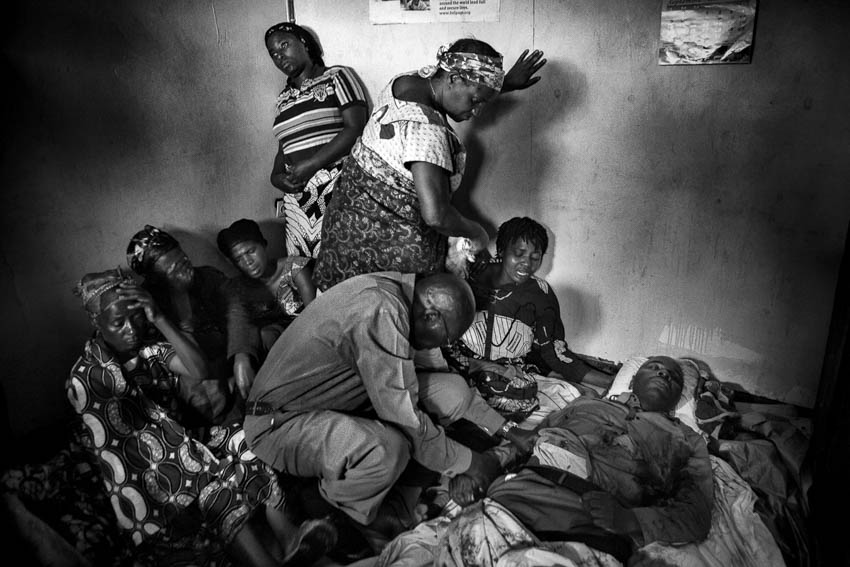 
Africa, R.D.C.- North Kivu, Goma. Ndosho quarter. The pain felt for the death of Innocence Rugomoga, 37, the father of three children. Innocence was murdered with three shots from a firearm at 7.45 p.m. on the night of 17 October, during the curfew. No-one was able to rescue or help the man until the first light of dawn, for fear of running into one of the soldiers. Witnesses say they saw men wearing military uniform and boots, and the local folk once again suspect the FARDC. 18th October 2012.