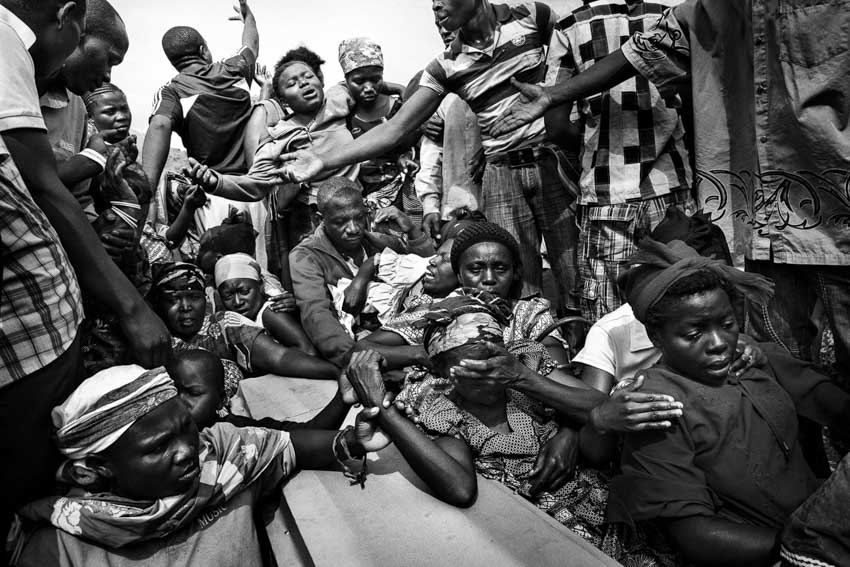 
Africa, R.D.C.- North Kivu, Goma. Stella Sekanabo was killed on the night of October 9, 2012 by a group of unidentified men. The day of the funeral, relatives and friends attribute the murder to a  group of Tutsi rebels linked to M23. Yet another episode of violence pushing  Hutu in an ethnic psychosis towards Tutsi. After this murder a curfew was settled in the city of Goma. 10th October 2012.