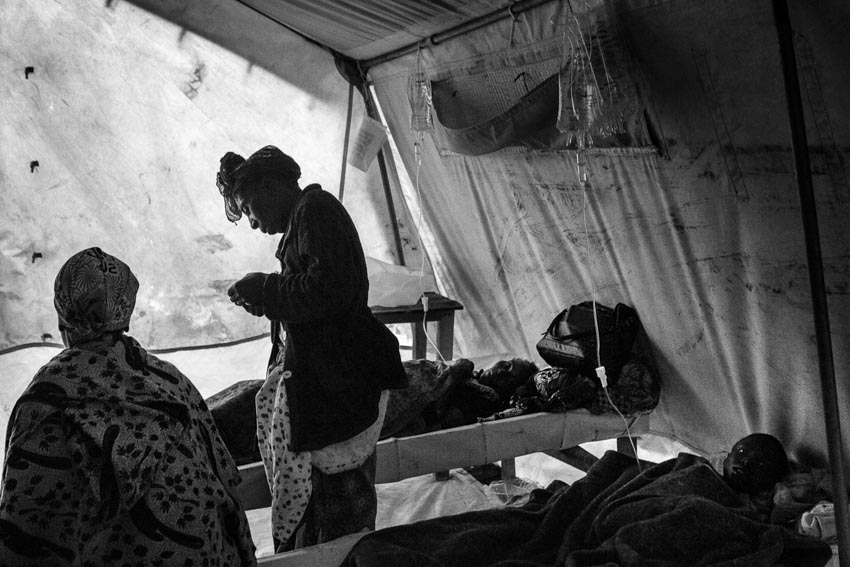 
Africa, R.D.C.- North Kivu, Goma. Kanyaruchinya refugee camp. It is calculated that there are over 60,000 people in this refugee camp, coordinated by the UNHCR, which sprang up in July following the outbreak of war between the M23 rebel movement and the FARDC. Most of the refugees are from the territories of Rutshuru and Kibati, and claim to have suffered violence at the hands of the M23. What everyone in the camp has in common is ethnic hatred towards the Tutsi, the ethnic group the M23 rebels are identified with. The lack of hygiene and of even the most basic sanitary measures have caused an outbreak of cholera. Doctor Jouit Ruquirazina estimates that in the camp there have been some 180 cases since the beginning of the outbreak. 20th October 2012.