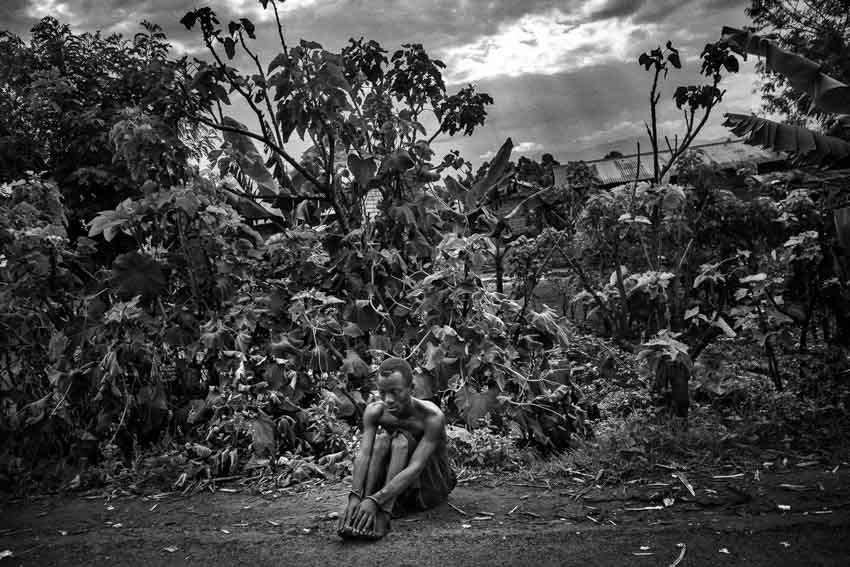 
Africa, R.D.C.- North Kivu, Rutshuru. A view of the territory of the Province of Rutshuru, governed by the M23 rebels, successors of the CNDP and accused by both the UN and the government of Kinshasa of being supported by Rwanda. A mentally ill kid chained is sitting on the edge of the road. He has been shackled by his parents, because he used to throws rocks against M23\'s vehicles. 16th October 2012.