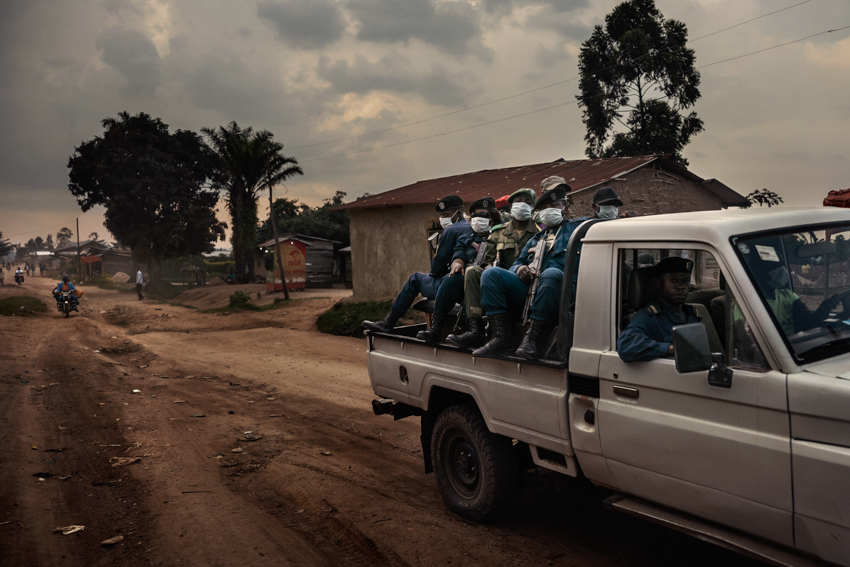 Africa, Democratic Republic of the Congo, North Kivu; Beni. 25th July 2019. The funeral of 13-year-old Kavira Esperance was conducted under army protection to prevent members of the local community attacking the healthcare operators and accusing them of bringing the disease to the village.

The girl caught the disease in a local healthcare facility, where she went for treatment for malaria. After testing positive for Ebola, she was taken to the treatment centre, where despite the medical team’s efforts, she died three days later.