STORIES: Mali: Militias Zealous to Oust Islamist in Mali: 10137147A 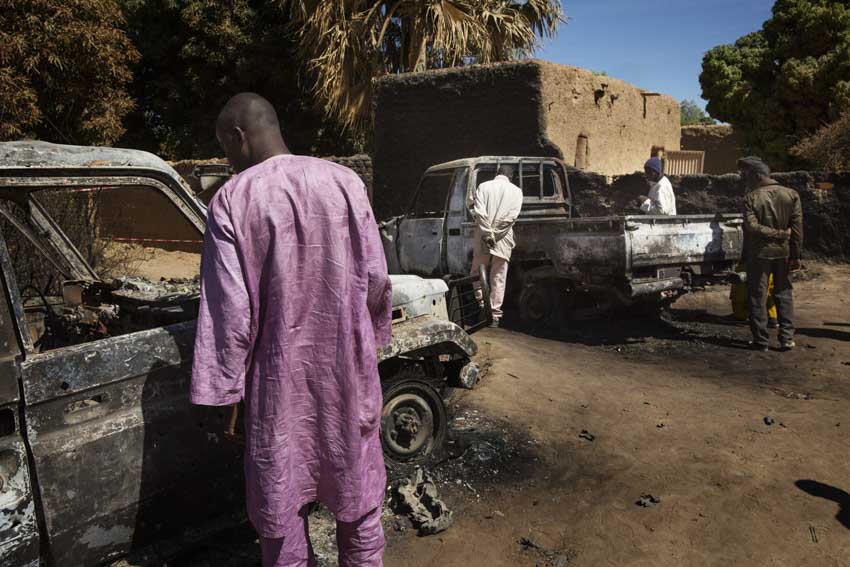 
Africa, Mali, Diabaly. Diabaly is free. After Konna, another city has been removed from the grasp of the Jihadists. When Diabaly fell into the hands of Abu Zaid\'s rebels on Monday 14 January, The reaction of Hollande\'s men was immediate. By Tuesday 15, the French were already conducting air raids in the area, but the city was not freed until Friday 18, when French troops entered overland, thus overcoming the last remaining pockets of Qaedist resistance in Diabaly, 400 km from Bamako.

The curiosity of a group of locals is awakened by the sight of bombed, burn-out vehicles of the Islamic rebels.